The long history behind a strong know-how

In the beginning there was the nail
Already in the year 1842 the family Desmarset had founded a machinery factory in the middle of an imperial Vienna. The inevitable generation of noise was the reason why the factory was reinstalled in the Lower Austrian foothills of the Alps near Hainfeld only few years later.  The blooming trade of iron processing there laid the base for a further growth of the company.
The factory was continously modernised, and a pickling plant and a wirepuller plant found their way.

August von Schmid
In 1904 the factory owner Mr. August von Schmid acquired the factory and instigated further modernisation. Forward-looking and trendsetting he focused on the production of woodscrews with
in those days latest head-turning machines and thread automatics. By use of an own blacksmith workshop and turning lathe the company also ran a toolmaking workshop already during the First World War. After the war the factory focused amongst other things on the booming industrial manufacturing of shoes by producing shoe bolts.

New start after 1945
World War II destroyed a main part of the factory buildings. However, with a newly constructed factory building, a modern machinery outfit and the "inherited" expert knowledge the owner family Schmid laid the base to become the leading screw producer in Austria for the future.

Innovation, Internationalisation
In the 1960s the company opened new markets with carriage bolts and frame screws.
The first cheaply imported screws from the far East, which were already pushing on the market in the 70s, were solidly opposed to by "ESH" (Erich Schmid Hainfeld). The company reacted to this price decrease during the 80s and 90s with innovation, a further modernisation and rationalisation of workflow. Quality standards and requirements, however, always remained core focus.

Give us a call!

How to find us!

The pioneer of timber screws. 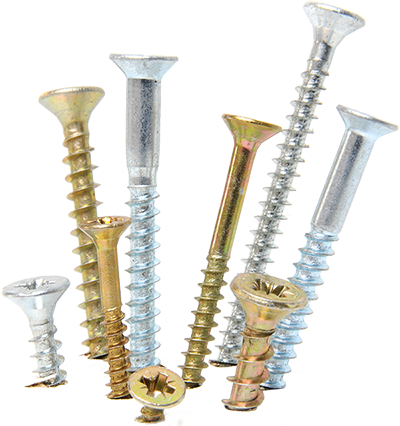